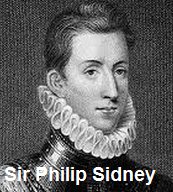 This's a highly romantic sonnet in which both sides of love relationship is happy: the lover and the beloved. This sonnet opens with the poet stating that both lovers are in full possession of their mutual love for one another. At that case, every one of them owns the heart,love, of the other. Each one of them feels through the other's feelings. This is the best bargain,deal, one can ever have. They are two in one,yet they cannot be together; they suffer from separation,for which the beloved is to blame according to the lover.
Since they are separated, the lover used past tense concerning the beloved's feelings "for once it was his own " ; while using present simple concerning his feelings that's to say he will continue his love no matter what happens. Despite the fact that they are in love, they are wounded since they're separated to the extent that the lover himself feels more and more sadness and pain due to his seeing of the wound,sadness, of the beloved; his pain is increased when he saw the pain of the beloved.

Since their love is sincerely getting more and more stronger, it made their love unignorable and unforgettable even after years of their separation. The lover states that his wound and pain is much greater and deeper; yet both of them will maintain their true,sincere love even if they cannot live together forever.

This sonnet is written in iambic pentameter; it consists of 3 quatrains followed by a final closing couplet. the rhyme scheme of this sonnet is :  abab, cdcd, efef, gg.
Sound devices ,used in this sonnet, are very significant; the Rhyme such as: the word" his" rhymes with "miss ", the word "guides " rhymes with "bides " and the word "heart" rhymes with " smart". Also the alliteration in the words: " hath" , "heart", "have","his" and "better","bargain". Assonance ,also, can be found in many words like : "sight","light" and "bliss", "his".

In conclusion, this sonnet is an expression of the mutual love of both lovers; it's to confirm the fact that both lovers will love each other forever. Figures of speech  and words used assures the master image of their everlasting love and loyalty to that love.

Email ThisBlogThis!Share to TwitterShare to FacebookShare to Pinterest
Labels: Poetry